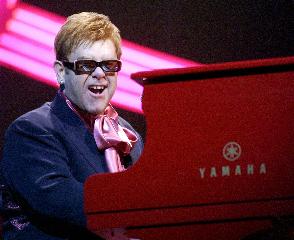 Stepping out onto the stage at Ceasar’s Palace one can only gasp at the enormous enigma that Sir Elton John has become. Clearly older and wiser this superb and universal entertainer has lost none of the talent and passion that makes him easily one of the worlds greatest performers.

Red Piano is a magnificient show that beautifully uses the technology of both multi-media and film to tell the story and sub text of his songs. Elton John is not just a talented rock star but he is also quite clearly an Artist whose talent also includes writing hit musicals and adapting opera’s. Most amazing of all I find is the forever deepening sub text of his songs that go back almost thirty years.

One example of this is would be the song Daniel which depicts the death of a young soldier in the vietnam war as well as Rocket man which obviously depicts a younger Elton John at the peak of his career in the seventies desending into a vicious circle of drug, work and alcoholism. 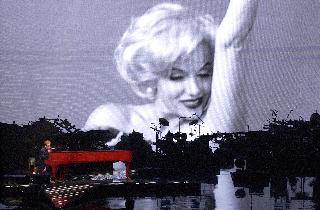 Clearly the videography in Elton John’s show makes an excellent addition to the music and as more and more rock concerts are becoming actual theatre or stage spectaculars in this day and age it is good to see certain artists such as Elton John pushing the boundaries and giving the audience more “bizarres” for their bucks.

Do I think that Elton John’s Red Piano is worth the money that the people pay for it? Yes I do, John is an Artist, Rock Star and crowd pleaser of the highest caliber and will still be going strong for many years to come.

Donny and Marie, Hot and Truly Vegas
Bette Midler Is "The People's Diva" In The Showgirl Must Go On
Show Review: Young At Heart With Energy To Spare, Rod Stewart's Performance Doesn't Disappoint