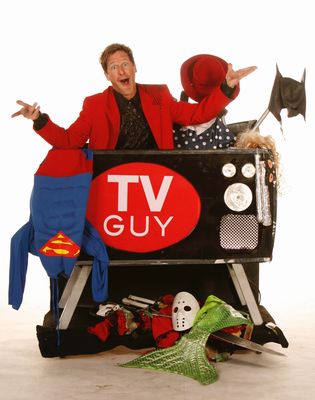 The old saying “variety is the spice of life” rings true at “V The Ultimate Variety Show.” Audience members are privy to witness an assortment of talented artists as they perform individualized specialty acts at the V Theatre inside the Miracle Mile Shops at The Planet Hollywood Resort and Casino.

The show opens with the flamboyantly-funny host. This man strings together the various specialty acts with his amusing sense of humor. As the show progresses the audience learns that he is more than just a host. He is an accomplished performer who possesses excellent juggling skills. His skills range from juggling batons in the air, to hats on his head and even ping-pong balls in his mouth. 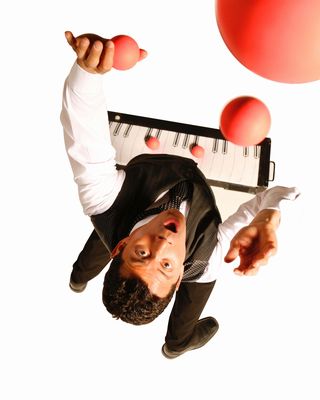 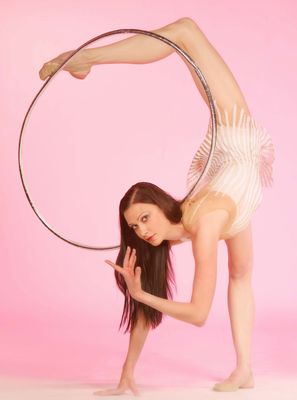 “V The Ultimate Variety Show” frequently adds new talent to it repertoire. By doing so it offers something different for repeat visitors. One of the acts you might see in the show is all about balance and is traditionally known among circus performers as “rolla bolla.” A wooden plank is placed on a cylinder and the performer balances on top by standing on the plank. As the act continues the performer increases the difficulty by replacing the cylinder with a bowling ball. Difficulty is increased even further as he creates several levels by using multiple cylinders and planks. The higher this man goes the more he makes you want to hold your breath as you hope he does not fall into the audience members who are seated in the first row. 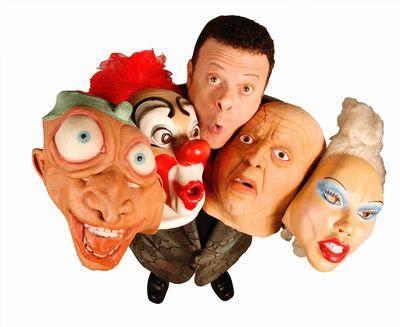 For those who love to laugh one of the comedy acts is sure to amuse you. The show’s comedian selects several members of the audience members to partake in the hilarity. He places masks on the volunteers and shows each of them different gestures to make when tapped on the shoulder. There is even a contest involving balloon popping. The combination of masks and simple gestures keeps the audience laughing in their seats.

The show also boasts an in-house magician from Switzerland. This man uses birds in his act and seemingly makes them appear out of thin air over and over again. Audience members will watch in amazement as one minute you are looking at a scarf in his hand and the next minute you see a bright yellow bird. This act will leave you pondering how each trick was performed. 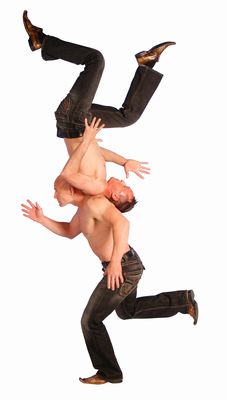 The breathtaking hand-balancing act showcases the skills of two performers from Russia. Be prepared to watch in awe as these men perform one spectacular pose after another. During one of the poses you will be stunned as one man uses only his hand to balance on the other man’s head. The incredible strength and grace of the human body is shown in all of its glory throughout this act.

When “The Crazy Gauchos” hit the stage you are in for a treat. These two men from Argentina entertain the audience with their hilarious sarcasm as well as a drum dance. The other portion of their act involves creating difficult beats by using leather strips with hard balls on the end. These leather strips are called “boleadores.” The Gauchos swing the boleadores in circles and hit them on the floor to create very impressive beats.

“V The Ultimate Variety Show” is perfect for those who would like to experience the diverse selection of talent Las Vegas has to offer. This family-friendly show is offered nightly at 7 p.m. and 8:30 p.m.