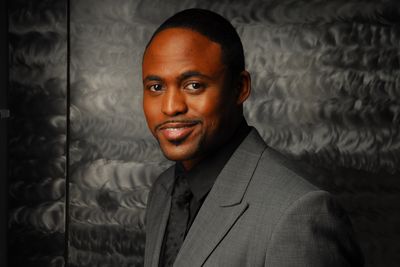 Wayne Brady: Making %@It Up!
By Devon Brooke Clasen

A true Vegas variety show incorporating singing, dancing, acting, comedy and even that most perplexing of art forms: mime, Wayne Brady’s Making %@It Up takes the theatrical task to the next level, with fully improvised performance vignettes interspersed among prepared musical tribute performances.

Dialing the pressure up even higher, show business virtuoso Wayne Brady has to not only make everything up on the spot, but also make it consistently funny. Fortunately, Brady delivers with heavy doses of witty, sharp, topical humor, keeping even a Monday night audience in complete hysterics. 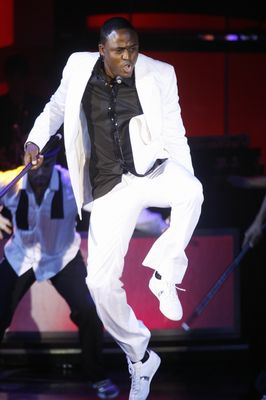 Housed in an intimate theatre, there really isn’t a bad seat in the venue, unless stage-shy attendees are seated just off the stage. This “danger zone” provides Brady, as well as his improv partner Jonathan Mangum, a proficient performer in his own right, the pick of the litter when summoning audience members to the stage to take part in an act, whether they like it or not. Be warned, if he calls you up to the stage, you may find it difficult to decline, especially when egged on by your fellow (often drunken) tourists. If you’d rather avoid the risk of center stage humiliation, select a seat a little further back, where you may safely and anonymously shout out improv suggestions while avoiding a possible coerced participation.

Never hesitating to get up close and personal with his audience, Brady quizzes willing participants, with any and all disclosed information becoming fodder for his comedic antics. Audience members may be lovingly serenaded, playfully mocked or physically and tangibly integrated as living props into a performance. If participation is your cup of tea, skip the dressy duds, wear comfortable clothing, check your inhibitions at the door and attempt to keep up with Brady’s mind boggling mastery of improv and comedy. 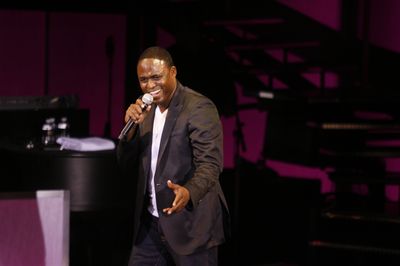 Brady demonstrates his true improvisational genius by not only creating characters and themes, but also carrying the bits throughout the entire show. A mention of an audience member’s managerial job at GM or hometown of Fresno featured in one skit is later relevantly referenced in another unrelated skit, inspiring irresistible laughs from all, even sometimes an amused Brady himself.

Far from being the raciest show in town, Making %@It Up does feature occasional profanity and adult themes, often spurred on by the saucy (and perhaps sauced up) audience members called upon to participate. But Brady doesn’t rely on shock value to entertain his audience; rather, his astonishing and seemingly endless talents do the job to the audience’s delight. Putting on a truly memorable show, Wayne Brady creates an experience completely unique to a Las Vegas stage, with audiences never quite sure what they may see, hear or even do next.